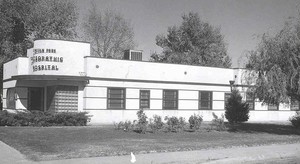 Community Hospital’s roots date back to July 1, 1946, when three trailblazing physicians pooled their resources, transformed a 12th Street cafe into a 12-bed hospital, and offered burgeoning Grand Junction a real choice in health care.
Now, more than seven decades since that first small, 12-bed hospital was started, Community Hospital is still just as dedicated to providing for the health and wellness of our growing community. Our founders were ahead of their time. Their passionate commitment to treating the whole patient, body mind and spirit, is an idea that more entrenched health care providers are catching up to. 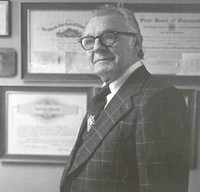 “We called it the little MGM,” said Dr. Kenneth Graves of the hospital more formally called the Maynard, Graves and Maynard Hospital, which was founded by him and husband-and-wife Drs. Ben Maynard and Addie Maynard. The three doctors of osteopathy were not discouraged by the monumental task of starting a new hospital. “I didn’t know it was impossible, so I went ahead and did it anyhow,” Dr. Graves said.

There were few building materials for sale in post-World War II Grand Junction. Without new doors for patient rooms, the three physicians located doors that had been in buildings used to house workers decades earlier during construction of the Highline Canal.

There were no linens either, but friends and patients bought their limit of one sheet or pillowcase each as they became available in stores until enough were stockpiled to open the hospital.